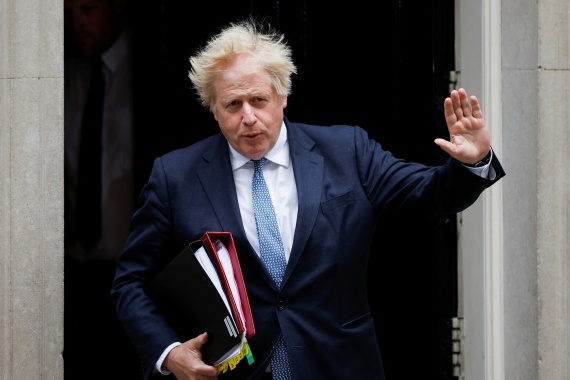 According to Downing Street sources, Boris Johnson has already spoken to the chairman of the Conservative 1922 Committee, Sir Graham Brady, to inform him of his decision to relinquish the leadership of the Conservative Party. Having clung to power for so long, the PM has no other option following the flood of resignations over the last 24 hours. The double resignation of Rishi Sunak and  Sajid Javid, only minutes apart and to some commentators very likely a purposely struck deadly blow, alongside the stepping down of dozens of other MPs, come after yet another scandal. For the Conservative Party, Boris Johnson has turned from voters’ favourite and media darling to liability, which members are no longer willing to tolerate.

Having ousted Teresa May in 2019, Johnson’s premiership is likely to go down in history as a period of untruths and scandals. Indeed the list of misdemeanours, resignations, sackings and lies is considerably longer when pitched against the achievements. Although Johnson, true to his word, got Brexit done and steered the UK through the pandemic, he has hardly been a positive force for the Tories. Public trust is at an all-time low and it will take significant efforts on the part of his successor to reinstate Tory values with credibility. In fact, the endless string of blatant lies is such that all those politicians who supported Johnson throughout have also been tarnished. Teresa May’s departure did not carry any such deadly impact on the entire Conservative Party.

It is also interesting to observe the reaction of the mainstream media whose many prominent members blatantly carried Johnson’s torch throughout his tenure. All of a sudden, Johnson is no longer charming and approachable, suddenly, all the lies he told do seem to matter too.

The PM’s statement is expected at around midday today, but already, some senior Tories are casting doubt on Johnson staying on as leader into the autumn, Sky News reports. The Daily Mail already has flagged the possibility of Teresa May temporarily stepping in as caretaker PM quoting Tory sources.

Rishi Sunak, as well as Penny Mordaunt, have emerged as the frontrunners to take over. How much of a return to Tory core values Sunak would represent remains to be seen especially in view of the bad publicity his been getting over the past few months.

At this moment, members of the press, British and global, are gathering outside Number 10. The Daily Mail online published priceless images of Rishi Sunak’s wife, Akshata Murty, serving tea and biscuits to the press in wait outside Downing Street yesterday afternoon. After months of clinging to power, the Prime Minister’s demise has come about thick and fast and with a ferocity even the most dogged leader cannot withstand. As of now, he’s received more resignations than any other PM of our time. Tony Blair’s, Teresa May’s, and even Margaret Thatcher’s departures appear rather dull compared to the circus we are witnessing right now. As late as yesterday, Boris Johnson said that he had a mandate of 14 million people to carry on. No doubt, he would like to stay on until a successor is in place, but the mood in the Tory party is making that possibility less and less likely.

Such has Johnson’s negative impact on the Conservatives been that senior Tories are highly unlikely to allow him to carry on through the summer. On Sky News, Lord Heseltine, who was key in ending Thatcher’s premiership, said:

“It’s quite obvious that Boris Johnson, if he actually were allowed to stay, is going to try and put through a range of policies which will bolster his position, presumably for another go or something like that.

On Twitter, Johnson’s opponents are having a field day. Here are a few cutting tweets:

Nicola Sturgeon: “The chaos and complete lack of integrity which has characterised Boris Johnson’s premiership has in the last few days descended into complete and utter farce. All at a time when people across the UK are struggling.”

Michelle O’Neill: “It has been an utter absurdity that the people here have been subjected to Boris Johnson for any length of time. He is a figure of absolute disrepute. Anyone who tries to sabotage our peace agreements, a quarter century of progress and our shared future is truly no friend of ours.”

Speaking to the BBC, Keir Starmer said that the Opposition would initiate a parliamentary vote of no confidence. Such a vote would be making use of the constitutional mechanism available to remove a PM immediately.

If the House of Commons voted against Johnson in such a vote, the Queen could then appoint the best-placed person to command a majority in Parliament. And if no such candidate can be found, a general election would follow.