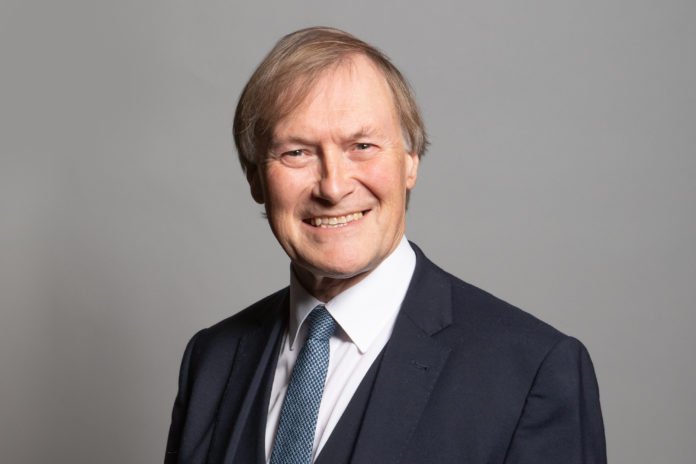 Specialist counter-terrorism police officers are leading the investigation of the killing of Conservative MP, Sir David Amess who was stabbed to death at his constituency surgery on Friday (October 15).

The 69-year-old father of five was attacked at Belfairs Methodist Church in Leigh-on-Sea, Essex and died at the scene. A 25-year-old man was immediately arrested on suspicion of murder and remains in custody. He is a British citizen and is believed to have Somali heritage. Sources told the Guardian that a person with the same details was previously referred to the Prevent scheme – the government’s official programme for people at risk of radicalisation.

Patel chaired a meeting with police, security and intelligence agencies and spoke to the speaker of the House of Commons, Sir Lyndsay Hoyle on Friday and a spokesman for the home secretary said updates on the MPs’ security review will be provided “in due course”.

It is five years since Labour MP Jo Cox was stabbed to death in the run-up to the 2016 EU referendum.

‘Investigators will determine if it is a terrorist incident’

Ben-Julian Harrington, the chief constable of Essex police, told a news conference on Friday night and that police officers arrived on the scene within minutes of the stabbing being reported and found that Amess had suffered multiple injuries.

“This was a difficult incident, but our officers and paramedics from the East of England ambulance service worked extremely hard to save Sir David,” said Harrington.

“Tragically, he died at the scene.”

Harrington said: “The investigation is in its very early stages and is being led by officers from the specialist Counter-Terrorism Command. We made it clear at the time of the incident that we did not believe there was any immediate or further threat to anyone else in the area.”

Investigators will determine whether or not it is a terrorist incident, “but as always, they will keep an open mind,” said Harrington, adding: “Today is a tragic day for the family and colleagues of Sir David, the community of Southend, and indeed for the whole of Greater Essex.”

The chief constable paid tribute to the MP who “dedicated his life to serving the communities of Essex and Southend”, and was “simply dispensing his duties when his life was horrifically cut short.”

Police said they are not looking for anyone else and have appealed for any witnesses or people with video footage to come forward. A knife was recovered at the scene.

Sir David Amess came from a “humble” East End of London background and served as an MP for 38 years – first being elected in Basildon in 1983 and for Southend West since 1997.

Tributes have been paid from across the political spectrum, including from all five surviving prime ministers, while Boris Johnson called him “one of the kindest, nicest, most gentle people in politics”.