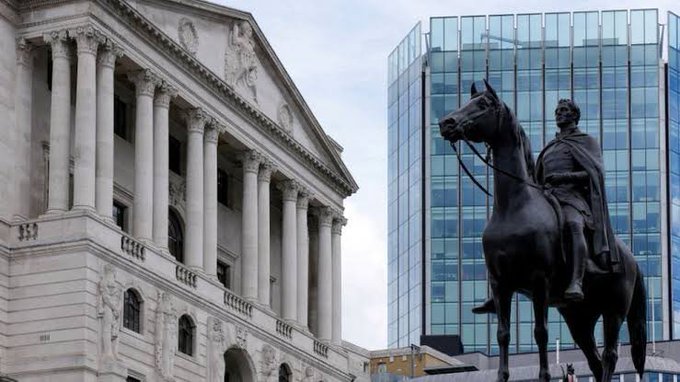 At noon today, the Bank of England is expected to announce a 0.75 interest rate increase in a move to curb inflation. This hike will put the base interest rate at 3%, the highest level since 2008. Increased interest rates will see millions of mortgage holders face additional monthly costs on top of escalating food and energy bills. If the BoE proceeds with the hike, it will be the eighth rate increase. In less than a year, the base rate will have risen from 0.1% to 3%.

Alongside the rate increase, the BoE is expected to publish its inflation predictions. Official figures released in September indicated a record inflation rate of 10.1%. While a hike in interest rates is good news for savers if the rates are passed on, millions of people will end up facing mortgage repayments that are hundreds of pounds above current levels. Opposition politicians have urged the government to reveal how it will support families unable to meet the additional costs.

Although commentators are unsure of whether the Bank of England will raise interest rates by 0.5% or 0.75%, it is clear that any increase will impact households severely. Economists believe that higher interest rates discourage spending while encouraging people to save more. As a consequence, consumer demand drops, and prices of services and goods fall. This is the inflation-curbing strategy the Bank of England is following with the expected interest rate increase.

After the recent market turmoil sparked by Liz Truss’ mini-budget, the Bank of England needs to balance between curbing inflation and coming to grips with the anticipated recession. Shadow chancellor, Rachel Reeves is expected to warn of the pitfalls of an interest rate increase including the “profound implications” on economic growth. She will emphasise the UK’s economic exposure due to years of “weak growth, low productivity and underinvestment, and widening inequality.”

The Bank of England has just confirmed the 0.75% interest rate hike.

The Monetary Policy Committee voted by a majority of 7-2 to increase #BankRate to 3%. Find out more in our #MonetaryPolicyReport: https://t.co/VWyskLufPC pic.twitter.com/amEbEeI2Gv

In its press statement, the BoE has warned that the UK could, over the coming years, experience a drawn-out economic contraction due to high inflation and rising unemployment. Although it forecasts a recession less severe than in the 1980s and in 2008/9, the Bank of England predicts eight quarters of GDP reduction. This would mean that the UK economy three years from now would be far smaller than it currently is.

These forecasts, however, do not factor in the tax rises and spending cuts anticipated in the upcoming autumn statement.

Reaction to the BoE announcement has been swift. Following a Unite union survey which showed 6,000 adults fearing they may not be able to meet everyday household costs this year, its spokesperson told The Independent that the higher interest rates are likely to push more workers into poverty.

The Conservatives crashed our economy and working people are paying the price.

The bank estimates that the average mortgage holder will now pay £3000 per year which amounts to far more than the government support for energy costs.

“The most important thing the British government can do right now is to restore stability, sort out our public finances, and get debt falling so that interest rate rises are kept as low as possible.

“Interest rates are rising across the world as countries manage rising prices largely driven by the Covid-19 pandemic and Putin’s invasion of Ukraine.”

UK could fall into longest recession on record BoE warns

The Bank of England has warned that the UK is already experiencing a recession, which could become the longest on record. It expects the current downturn to continue throughout next year and into the first half of 2024.