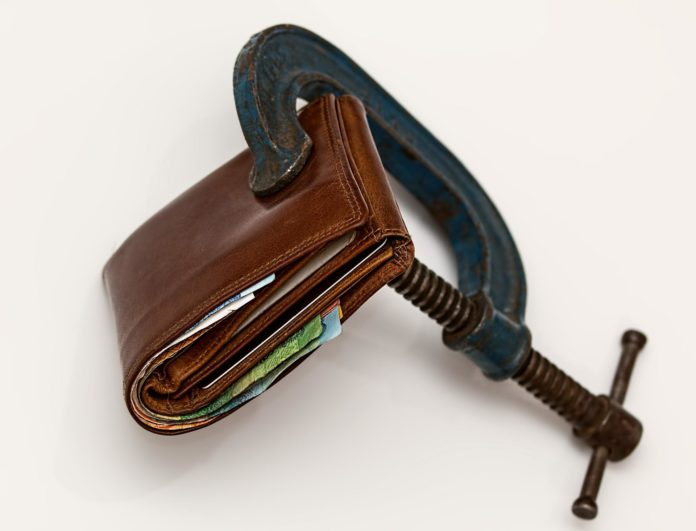 On the back of an increase in spending on air travel, health and road haulage, the UK GDP has experienced a 0.5 per cent bounce this May after months and months of Covid-related stagnation and decrease. But the new Chancellor has warned of complacency, vowing to continue bearing “down on inflation”. And, during the first stage of the race to replace Boris Johnson, only Rishi Sunak ruled out additional support for families to help cope with the cost of living crisis.

The figures released by the ONS on Wednesday are much better than economists predicted. All-time high inflation coupled with soaring energy prices had them anticipate zero growth for May. The rebound is due to increased spending on travel and road haulage. But the main driving force behind this growth has been spending on health, as ONS director for economic statistics, Darren Morgan explained:

“Health was the biggest driver with many more people seeing GPs, despite test and trace and the vaccination programmes winding down.

Speaking at the release of the latest figures, he said:

“The economy rebounded in May with growth across all main sectors.

“There was widespread growth across manufacturing after several tough months, while construction also fared well with housebuilding and office refurbishment driving growth.”

After the release of the statistics, the UK economy and cost of living crisis quickly to centre-stage in the race to find a new Conservative Party leader. The debate is now focusing on the candidate’s spending commitments as well as taxation.

Among all the candidates, Rishi Sunak, who signed off on a £37 billion support package for families, is the only one to have ruled out further financial help. His successor, Nadhim Zahawi, told reporters:

“I know people are concerned so we are continuing to support families and economic growth.

“We’re working alongside the Bank of England to bear down on inflation and I am confident we can create a stronger economy for everyone across the UK.”

In an open letter to the then eight candidates, Tony Danker, CBI director general, warned that “the UK economy cannot be put on hold” while the Conservative Party finds a replacement for Boris Johnson:

“We cannot afford to get stuck in limbo with few decisions being taken and little action
seen. Business confidence is falling, exacerbated by a sense of drift and the politicisation of economic policy. The summer, therefore, needs realistic government actions that bolster confidence. The wheels of government must keep turning – get a full government team back in place to move essential legislation forward before recess.”

While the better-than-predicted ONS statistics for the UK economy have surprised many, the TUC (Trade Unions Congress) has warned that the UK could be on a “slippery road to recession” if wages don’t keep step with increasing prices. Health, road haulage, and travel spending may have allowed minor growth, but the TUC is pointing at figures that look less promising.

The 9.1 per cent consumer price index inflation rate is the highest it’s been in 40 years while even more significantly, the retail price index which also factors in housing now lies at a staggering 11.7 per cent.

“With growth still slow, the government must not allow the cost-of-living crisis to become a slippery slope towards recession.

“An economy can only grow if people keep spending. But with prices surging, spending is falling fast, and Conservative ministers are attacking workers who ask for a decent pay rise.

“Working people need a genuine cost-of-living increase to keep up.”

She urged the new Tory leader to “put real wage growth ahead of tax cuts for the wealthy.”

“Instead of presenting the plans we need for a stronger, more secure economy, the Tories are spending every waking minute indulging in unfunded fantasy economics.

“Any lingering sense that the Conservatives are the party of economic responsibility has been shredded to pieces.”