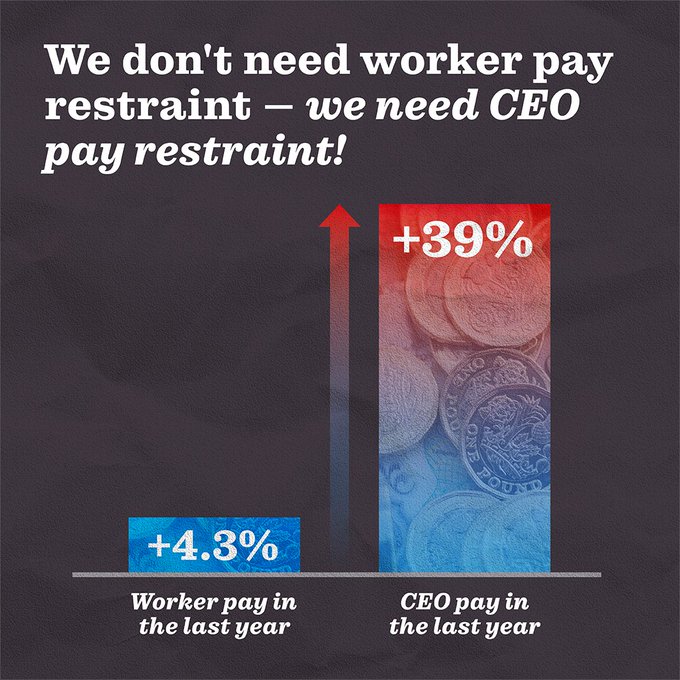 The disparity in pay across the UK is growing. For many workers, pay increases have failed to keep up with rising costs, but for many people on high wages, the last two and a half years have been very lucrative. The incoming Chancellor of the Exchequer is likely to face criticism over his move to scrap the banker bonus cap. By removing the cap, the UK government hopes to make London attractive to the financial sector post-Brexit. The European Union introduced the bonus cap after the financial crisis in 2008. Between the rising prices of everyday commodities and the failure to adequately increase employee pay, the UK wage gap is likely to widen further.

The new Chancellor of the Exchequer, Kwasi Kwarteng, wants to abolish the banker bonus cap to draw investment firms back to London. The EU bonus cap forbids payments that equal twice the salary of banking executives. While previously the government steered clear of such a move for fear of public outrage, the new chancellor seems ready to ditch the cap. Firms like JPMorgan Chase & Co, Barclays Plc, and Goldman Sachs Group Inc. would benefit considerably. The cap removal would address the staff retention issue at European investment banks that were brought on by the bonus cap which US finance giants do not face.

But policymakers at the Bank of England like Andrew Sentance fear that abolishing the cap would counter efforts to rein in inflation. Speaking on BBC Radio 4’s “Today” show, he said:

“It sends a rather confused signal when people are being squeezed by the cost of living and the government is encouraging pay restraint.

“The timing would be very bad.”

Just how the new PM and her cabinet will tackle the cost of living crisis and the UK wage gap remains to be seen. But it is clear that the new Chancellor wants to introduce sweeping changes to scale the UK’s competitive edge and stimulate growth. In a statement, Kwarteng said:

“The prime minister and I are committed to taking decisive action to help the British people now while pursuing an unashamedly pro-growth agenda.”

The UK pay disparity has increased exponentially. Over the past two years, the CEOs of the UK’s top firms have received a 39 per cent pay rise, bringing the average executive wage to £3.4 million. Today,  these top earners make 109 more than the average British employee. Pre-pandemic, they earned 79 times the average UK salary. According to research figures by the Trades Union Congress and the High Pay Centre think tank, FTSE 100 CEOs’ annual bonuses rocketed from over £800,000 in 2020 to £1.4m this year, with nine in 10 of the executives receiving a bonus.

“Workers deserve a fair share of the wealth they create. But right now, CEO pay is soaring while working people experience the biggest real wage fall in 20 years.

“These unbalanced pay policies have seen the gap widen between workers and bosses this year, adding to the cost of living crisis.”

“Very high executive pay is a big part of the cost of living problem. If large employers are paying millions more to already very wealthy executives, that makes it harder to fund pay increases for low and middle-income workers.

“If incomes in the UK were shared more evenly, that would significantly raise the living standards of the people hit hardest by the current economic crisis, while those at the top probably wouldn’t notice much difference to their lifestyles.”

According to Hildyard, the introduction of a salary cap on top earners would free up the resources to award pay rises to workers. High Pay Centre research revealed that many companies spend up to £20 million on executive salaries. Hildyard believes that capping executive pay at the low hundreds and redistributing the funds among workers could go a long way toward addressing the cost of living crisis.

On the High Pay Centre Pay blog, Hildyard addresses company concerns that such a cap would make it difficult to attract top talent and dismisses the idea that there is only a very small number of people capable of carrying out executive duties:

“It’s a pessimistic view of the 99 per cent of the UK population, and also seems implausible. It is further undermined by the fact that doctors and surgeons, top scientists at elite universities, Generals in the British Army and the leaders of charities carrying out vital humanitarian work around the world all doing critical, highly skilled work for a fraction of the pay of CEOs. There’s no reason why the challenging, stimulating and high-status work of running a business needs to be any more incentivised to attract top-quality candidates.”