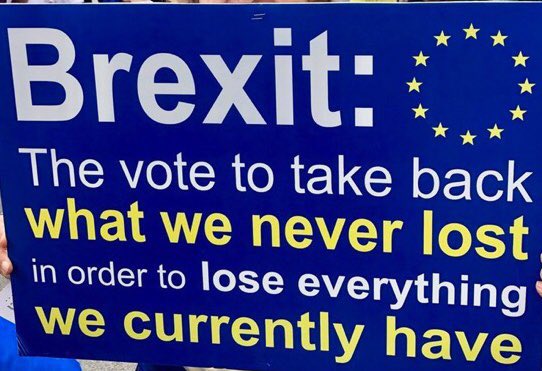 A Savanta poll on behalf of The Independent has revealed that nearly two-thirds of British people want another chance to vote on EU membership. This latest Brexit news comes just two years after the United Kingdom finally got Brexit done. If the government and even the opposition thought that the referendum would put an end to the debate once and for all, they were sorely mistaken. YouGov which regularly tests public sentiment around the UK leaving the EU also noticed a distinct shift in public opinion. According to their latest survey, 56 per cent of participants now feel leaving was a mistake.

The findings of the Savanta Brexit poll tell a story of a public as divided as ever. Chiefly, 65% of Britons now wish to rerun the referendum, while more than half of those surveyed believe leaving was a mistake. The UK formally left just two years ago but continued to operate under EU rules until the end of 2020. A great deal of survey participants feel the UK’s global standing and reputation have been damaged by Brexit. It is telling that even at this point, Brexit news still makes the headlines.

When asked about the timeframe for a second Brexit poll, nearly a quarter opted for 6-11 years while 22 per cent want another poll within the next five years. Only four per cent want to put the referendum off more than 20 years, and now only 24 per cent never want another vote on EU membership, down from 32 per cent a year ago.

Savanta’s Chris Hopkins feels the promised benefits have not materialised and were overestimated, to begin with.

The poll also showed that the proportion of the population who believes leaving has made things worse has grown even in the last year. 56 per cent blame Brexit for a worsening economy, while 50 of Britons feel it has made it more difficult for the UK to control its borders. A year ago, 39 per cent of survey participants thought Brexit worsened the UK’s global standing, a figure that now stands at 50 per cent.

“It’s no wonder that the British public feel this way when the Conservatives have gone out of their way to make it harder for smaller businesses to trade with our neighbours, for farmers to sell their produce overseas, and for scientists to cooperate with their counterparts.

“The Conservative government’s decision to erect barriers to trade with our largest trading partner is the last thing we need, not least in this cost of living crisis.”

With future electoral victory in mind, Keir Starmer ruled out reversing Brexit or even joining the single market again. According to the Guardian, the Labour leader said it would mean “years of uncertainty” for British businesses. On BBC Radio 4’s Today, Starmer said:

The economic impact has only now started to become apparent. Businesses remain frustrated with the British Chamber of Commerce only last week urging the government to revisit how trade could be made easier.

The London School of Economics carried out research which revealed a £210-hike in food costs to the average household since leaving because of post-Brexit red tape.

In a different survey by YouGov last November, the public’s changing views of Brexit and its benefits are rather telling. Not only do more than half of Britons feel Brexit was wrong but 20 per cent of those who voted Leave have since changed their minds. Sentiments among Remain voters have remained steady.

The survey authors rate the current support for Brexit as the lowest it has ever been. 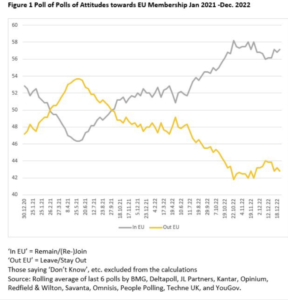