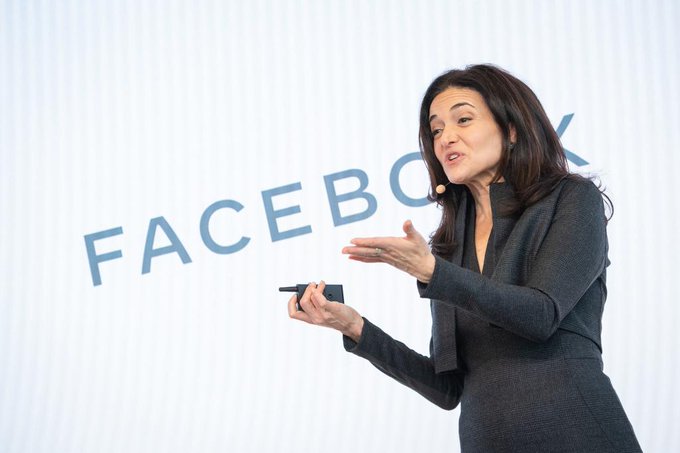 Sheryl Sandberg joined Facebook to “be the adult in the room” back in 2008. Since then, she has overseen astronomical growth in profits, particularly in advertising revenue, but she has also been in the eye of multiple controversies. Once celebrated as an icon for women in business, she was later accused of stirring up more discrimination against women and ethnic minorities. Her resignation comes against a backdrop of further lawsuits against the tech giant. And, for the first time, Mark Zuckerberg faces a personal lawsuit over the Cambridge Analytica data breach.

In a personal post on Facebook, Sandberg announced on Wednesday that she is stepping down from her role as Chief Operations Officer with Meta. She leaves behind a legacy of unrivalled business growth and controversies she shaped and navigated. When she steps down in autumn, she will continue her involvement with Meta as a member of the board of directors. In a Facebook post, Mark Zuckerberg announced that Javier Olivier would take over in “a more traditional COO role.” Paying tribute to Sandberg, he wrote:

“When Sheryl joined me in 2008, I was only 23 years old and I barely knew anything about running a company. We’d built a great product — the Facebook website — but we didn’t yet have a profitable business and we were struggling to transition from a small startup to a real organization.”

“Sheryl architected our ads business, hired great people, forged our management culture, and taught me how to run a company. She created opportunities for millions of people around the world, and she deserves the credit for so much of what Meta is today.”

Sheryl Sandberg – a story of gigantic profits and online hate

Sandberg had worked for Google. the World Bank, and the US Treasury Department during Bill Clinton’s presidency. The year before she joined Facebook, the company made $150 million in profits. Between 2008 and 2011, the year Facebook went public, she was instrumental in growing the profits to $3.7 billion. Facebook was now one of the most exciting Silicone Valley enterprises, and Sandberg herself became an icon for women in tech. In her book “Lean In” she mapped out a path for women in the workplace. There is no doubt that Sandberg shaped Meta’s business model, sparking enormous growth and turning it into one of the most influential global companies. In 2021, Meta recorded staggering profits of £117 billion.

“There have been plenty of controversies surrounding Meta, but from a purely business standpoint, what she built at Facebook is pretty powerful, and will go down in the history books.”

During a string of controversies, including the Cambridge Analytica scandal, the Capitol Hill attack, and the whistleblower Frances Haugen documents, Sheryl Sandberg was the one to face criticism and scrutiny maybe more so than Zuckerberg himself. The public and policymakers challenged her on misinformation and accused her of political bias and of undermining democracy. In 2018, non-profit organisation, Business for Social Responsibility, published a report on Facebook’s role in the Rohingya genocide noting that the platform facilitated the spread of hate that lead to violence in the region.

To help deal with the controversies, Facebook hired Nick Clegg thus relieving Sandberg of some of her portfolio. Rumours of a rift between Zuckerberg and Sandberg emerged with many expecting her departure sooner.

More recently, some activists have called for her resignation. Speaking to The Guardian, Shaunna Thomas, co-founder of women’s rights group UltraViolet, said that it was under Sandberg’s watch that the platform became “a right-wing playground where misogyny, racism, disinformation” dominate:

“Sheryl Sandberg may fancy herself a feminist, but her decisions at Meta made social media platforms less safe for women, people of colour, and the American electoral system.”

“Sandberg had the power to take action for 14 years, yet consistently chose not to.”

In the US, Sandberg’s somewhat sudden departure appears against the backdrop of a recently published Wall Street Journal story reporting on her twice-attempts to persuade the Daily Mail not to publish a story about her former boyfriend, Bobby Kotick.

The US District of Columbia is bringing a personal lawsuit against Mark Zuckerberg relating to the Cambridge Analytica data harvesting breach. The case, brought by Karl Racine, D.C. Attorney General, claims that Zuckerberg directly participated despite being fully aware of the potential dangers of data sharing.

Mr Racine’s initial attempts to personally sue Zuckerberg were blocked in March when D.C. Superior Court judge, Maurice Ross, told him he had allowed too much time to pass.

But now, after gathering thousands of supporting documents, Racine claims that he can show that Zuckerberg was directly involved when decisions relating to Cambridge Analytica were made.