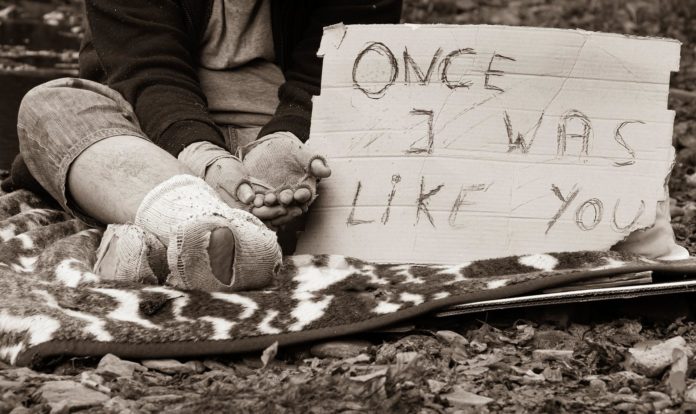 A number of factors are contributing to an upsurge in homeless figures. Private landlords have been issuing eviction notices to tenants many of whom are struggling to pay rent after pandemic payments ceased. The homelessness crisis may also be worsening, because landlords are asking tenants to leave before the government’s renters’ reform bill becomes law. According to Department for Levelling Up, Housing and Communities data, homelessness rates exceed pre-pandemic levels in 40 per cent of local council areas. Sky News research indicates a 50 per cent increase in homelessness between the first quarter of 2020 and the equivalent period this year.

Although a decrease has been recorded for the whole of England, some areas have experienced a distinct rise. Manchester saw homelessness figures three times the national average.

The cessation of pandemic support such as the eviction ban, furlough scheme, and additional financial support such as increased universal credit payments have pushed many tenants to the brink of homelessness. Experts now fear that, on the backdrop of the cost of living crisis, more and more people will struggle to keep a roof over their heads.

“The government have allowed private rental evictions to go ahead while freezing Local Housing Allowance when housing rents are rising significantly.

“Unless something is done, it’s going to be fairly dire situation.”

Especially vulnerable, are people who leave the private rental sector. The Department for Levelling Up, Housing and Communities’ own statistics show a 27 per cent increase in the number of people at risk of homelessness since early 2020.

A significantly higher number of landlords have been seeking to evict their tenants to either re-let or sell their properties. The number of homeless among children has also risen.

Professor Bramley predicts a worsening of this situation over the coming months:

“What we’re expecting this autumn is even more families experiencing severe poverty and destitution because of the cost of living crisis.

“More homelessness will be a by-product of that.”

Charity representatives have warned that government statistics do not paint an accurate picture. The government bases its figures on the number of people seeking and receiving support. But the true number may be far greater. Homeless charity, Shelter’s Polly Neale told Sky News:

“Some types of homelessness go entirely undocumented, like sofa surfing, which means the true number of people without a home will be even higher.”

A shortage of “genuinely affordable social homes” is forcing people “to live in really expensive and unstable private renting.”