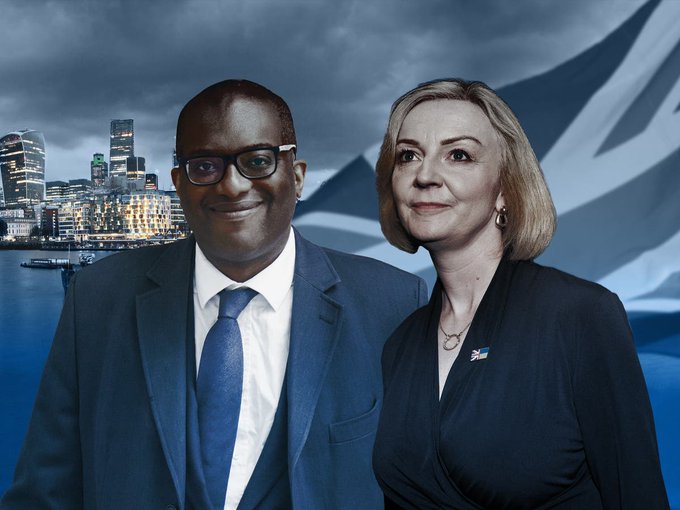 On Friday, the new chancellor will be on his feet in the House of Commons to reveal measures to tackle the cost of living crisis and boost the UK economy in his mini-budget. A variety of tax cuts are set to feature, including a reduction in the National Insurance rates, the scrapping of company profit tax increases, a potential cut to stamp duty, as well as the creation of low-tax areas around the UK. The chancellor is also set to abolish the banker bonus cap. In his mini-budget speech, Kwarteng is also likely to reveal how much it will cost the UK government to cap the energy bills of homes and businesses. Altogether, the measures will come in at a cost of £30 billion.

Liz Truss’ government is keen to put the May/Johnson era to bed and forge a better economic path for the UK because the new PM believes her predecessors are partly to blame for the UK’s current economic woes. As some Tories put it to Sky News:

“Friday is about outlining a new approach to the economy.”

“The approach to date has not worked”.

Alongside Kwarteng, three other MPs have taken centre-stage in crafting a new economic strategy. Jacob-Reese Moggs, who is now business secretary, Levelling Up Secretary, Simon Clarke, and Therese Coffey are making up the core team the PM has charged with the UK’s economic recovery. The aim is to put measures in place that would result in 2.5 per cent growth in the medium term. The mini-budget will reveal the kind of path the new Tory administration is planning to charter.

Leadership rival Rishi Sunak and other critics of the new administration have warned that significant tax cuts will force Britain to borrow more money from the international markets. The government will need to sell additional bonds, and ultimately, the taxpayer will foot the bill for additional borrowings. But Kwasi Kwarteng and Truss are likely to argue that a boosted UK economy will easily cover the extra costs.

During her campaign, Truss pledged to reverse the National Insurance (NI) hike. The increase would have had each employee pay an additional 1.25 in every pound to boost the NHS and social care sector until April of next year. Kwarteng is expected to announce the reversal to the previous rate in his mini-budget speech tomorrow. Critics of this tax cut will point out that it greatly favours the already well-off. In real terms, someone on £100k will have over £1000 more in their pocket whereas someone on £20k will only bring home an extra £93. Pensioners and people on very low salaries will not benefit at all because they don’t pay NI in the first place.

Further tax cuts will see the corporation tax rate stay at 19 per cent rather than raising it to 23 per cent as the previous government had intended.

Also on the cards is the temporary scrapping of “green levies”. This could save households around £150.

When asked whether she favoured the abolishment of the banker bonus cap, Liz Truss said she wanted to see economic growth and therefore would be happy to have bank executives receive hefty bonuses. With the creation of low-tax zones around the UK, the new administration is hoping to further stimulate growth. In “special investment zones” planning rules would be less stringent while businesses would enjoy lower tax rates.

The mini-budget measures will see the government borrow billions to stimulate growth at a time when the Bank of England is increasing rates to curb inflation. The rate increase will see millions of mortgage holders on variable rates pay significantly more. At the same time, the government is expected to try and revive the housing market with stamp duty reductions.

Why a mini-budget now?

Normally, the government puts forward its economic policies twice a year in the Spring and Autumn Statements coinciding with the publication of Office for Budget Responsibility (OBR) analysis. The OBR costs the new measures and estimates the economic effect.

This time around, the government will not publish the analysis, a move which is likely to be an attempt by the new government to put forward its economic strategy without much scrutiny.

The Treasury has, however, said that there will be a full budget later this year without revealing a specific date.