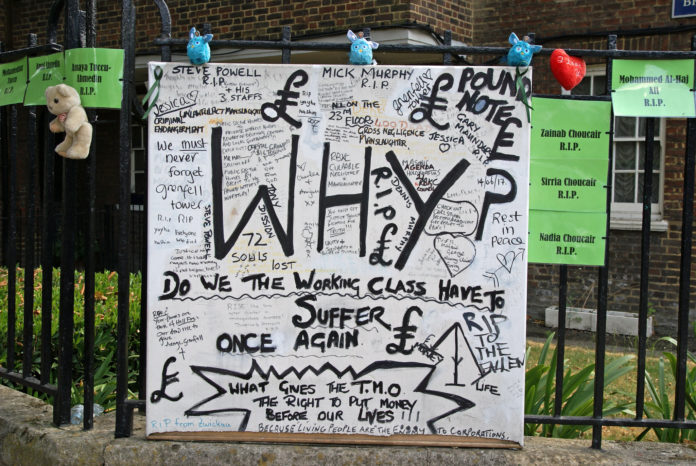 Survivors of the Grenfell Tower fire yesterday gave a mixed reaction to the findings of the newly published report. The Grenfell inquiry is ongoing and will continue for some time. The publication of the Phase 1 report highlights the failures of the fire services and re-identifies the flammable cladding as the main cause of the loss of life.

Members of the fire brigade alongside surviving residents and relatives of the deceased have demanded that Phase 2 concentrate on the refurbishment and the companies and government departments involved. Reacting to the publication, one member of the Justice 4 Grenfell campaign group said that firefighters “have been made scapegoats of Phase 1 while the ‘big’ players seem to have got off scot-free.”

Although Sir Martin Moore-Bick lauded the LFB for its members’ commitment and bravery on the night of the fire, he criticised the fire services for ‘systemic failures’. Had the LFB been better prepared and trained, fewer lives may have been lost, according to Sir Moore-Bick. The failure to veer off its ‘stay-put’ policy meant that many more people died. In conclusion, the Chair of the Grenfell inquiry said that “the performance of the LFB fell below the standards set by its own policies or national guidance.”

In his recommendations, Sir Martin Moore-Bick highlighted the need to improve “communications between fire brigade control rooms, where emergency calls are received, and incident commanders must improve and there must be a dedicated communication link.” He added that risk evaluations and inspections of high-rise buildings by fire inspectors needed to be improved and crews’ training intensified.

The Phase 1 Report also touches on the refurbishment which residents and campaigners feel ought to have been tackled in this report. Instead, the Chair of the Grenfell inquiry said that relating issues would be examined for the Phase 2 report.

Reacting to the publication of the report, Justice 4 Grenfell has highlighted the inquiry’s failure to contextualise the fire. The campaigners feel the inquiry should have first focused on the backdrop of the Grenfell Tower fire.

Ignoring residents’ concerns, implementing severe cutbacks, privatisation and deregulation by government bodies are some of the aspects the group expected to be investigated in this report.  The group has also criticised the GFI’s and media’s castigation of the LFB.

Grenfell campaigners and members of the fire brigade told reporters that the inquiry was “completely back-to-front.”

Defending the sequencing of his report, the Chairman said that the Phase 1 report was a ‘springboard’ to further investigations to be carried out for the second part. He wrote that understanding the night of the fire’s events would enable him “to identify effectively those aspects of the design, construction, and management of the building that were primarily responsible for the disaster.”

Survivors and Justice 4 Grenfell campaigners today reiterated their demands for a full-scope, thorough investigation. The role of the local authority, the companies involved in the refurbishment, and the UK government’s failure to tackle inequality and provide a better quality of life to people in deprived areas, are all issues campaigners are seeking to be investigated.

Furthermore, the group has emphasized, not only the need for a full and clear inquiry but also the implementation of all the inquiry’s findings. A failure to act on them will inevitably lead to a further loss of lives.