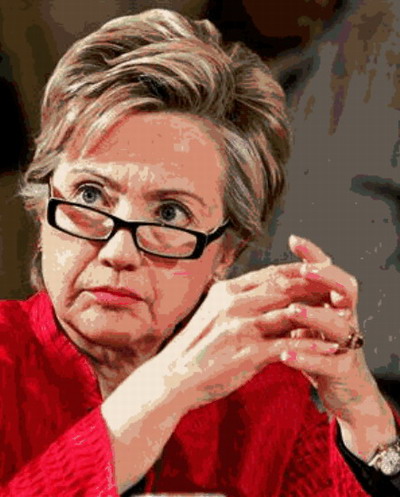 Although disliked by many, Hillary Clinton has never been afraid to speak her mind. During her UK visit she spoke about Russian election interference and said she was ‘dumbfounded’ at the British government’s refusal to release the report. She said that ‘every person who votes in this country deserves to see that report before your election happens.’

Downing Street has the intelligence report since 17 October

Already approved by intelligence agencies, the government was presented with the potentially inflammatory report on 17 October. According to the Guardian, its release was due at the end of October. However, Downing Street has outlined an entirely different timeframe, stating that it would not enter the public domain before the election. The government insisted the signing-off process could take up to six weeks. As a result, the report will now not become public before people go to the polls.

The intelligence committee’s chairman, Dominic Grieves alongside Labour and the Scottish National Party expressed their dismay at the government’s suppression of the report. Both the SNP and Labour criticised Downing Street and said it failed to recognise the scale of Russian meddling in UK politics. Expressing his frustration, Grieves told reporters that if

“the prime minister has a good reason for preventing publication he should explain to the committee what it is, and do it within 10 days of him receiving the report. If not, it should be published.”

Russian meddling in US election widely accepted but what about UK politics?

Despite Donald Trump’s protestations calling the Russian investigation a ‘hoax’ most people across the United States now assume that Russia did play a part in the 2016 US election.

Only the government knows contents of the dossier on Russian meddling in the UK. However, it is now common knowledge that the Kremlin tried to infiltrate the Conservative party through its spy, Sergey Nalobin. He described the Prime Minister as ‘a good friend’ and is believed to have tried to befriend many Tories over five years. The suspected spy lives in an apartment block in Moscow where many Kremlin employees also reside.

Those who’ve criticised the government’s refusal to make the investigation dossier public fear it contains evidence that Russia played a role in the Brexit referendum. Putin opponents feel a weakened Europe and isolated Britain would suit Russia’s agenda.

Allegations of this kind were in the public domain before.  But in 2017, the then Prime Minister, Teresa May, insisted that Russian interference had “no direct successful influence” on the outcome of the Brexit referendum.

Clinton refuses to rule out running for president again

Russian election interference aside, the former presidential candidate has refused to rule out running for office again. Clinton is in Europe for the launch of the book she co-wrote with daughter, Chelsea. Speaking to the Guardian, she expressed her concern for Britain, saying she worried Britain would “sort of shrink up and turn inward.” She continued urging democracies to stick together during a time when

“We are truly under pressure from dictatorships and authoritarian regimes.”

Media reacts to Starmer’s vow to resign if fined over partygate http://dlvr.it/SQ3Rk9