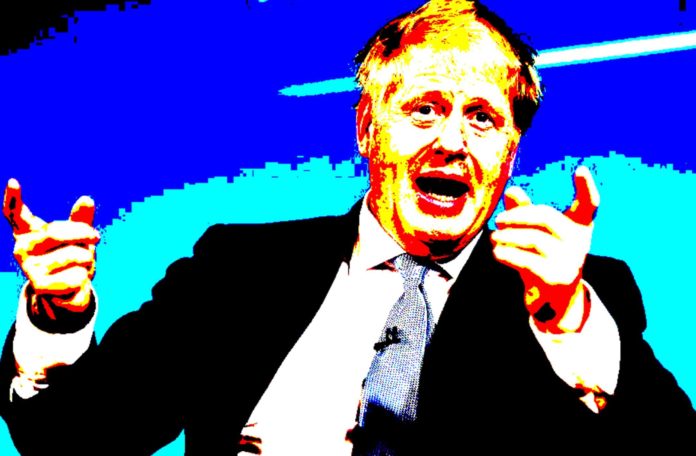 Boris Johnson has been accused of groping the thighs of two women seated either side of him at a lunch when he was editor of the Spectator magazine.

Charlotte Edwardes makes the claim in her Sunday Times Style column, writing that the prime minister put his hand “high” up her leg, and had “enough inner flesh beneath his fingers” to cause her to “sit suddenly upright.”

The journalist said that when she told the other woman seated beside Johnson about the incident, she replied: “Oh God, he did exactly the same thing to me.”

‘Under the table I feel Johnson’s hand…’

Downing Street has so far declined to comment on the incident, alleged to have happened during a lunch at the Spectator, shortly after Johnson became editor in 1999.

“I’m seated on Johnson’s right; on his left is a young woman I know,” writes Edwardes. “More wine is poured; more wine is drunk. Under the table I feel Johnson’s hand on my thigh. He gives it a squeeze. His hand is high up my leg and he has enough inner flesh beneath his fingers to make me sit suddenly upright.”

Matt Hancock, the health secretary, was asked if the prime minister had questions to answer about the allegations, at a fringe event at the Conservative conference in Manchester.

He said: “Boris has never lectured other people about their private lives and I think we should focus on delivering on what we are in politics for, which in my view is to serve the citizens of this country.”

‘It’s sexual harassment and an abuse of power’

Michael Fallon was the defence secretary in 2107 when he was forced to resign after revelations he had touched the knee of a broadcaster in 2002. He admitted he “overstepped the mark”.

Edwardes allegations against Johnson came on the same day as a Mail on Sunday story claimed Jennifer Arcuri had told friends about her sexual relationship with the prime minister.

Johnson is also embroiled in allegations surrounding the awarding of grants to the US businesswoman Arcuri, during his tenure as mayor of London. He has denied any conflict of interest and said everything had been done “with full propriety”.

The Greater London Authority has referred Johnson to the Independent Office of Police Conduct who will decide whether to investigate the prime minster for any potential criminal offence of misconduct in public office.

Formal complaints against Dominic Raab triple to at least 24 http://dlvr.it/ShS5VF