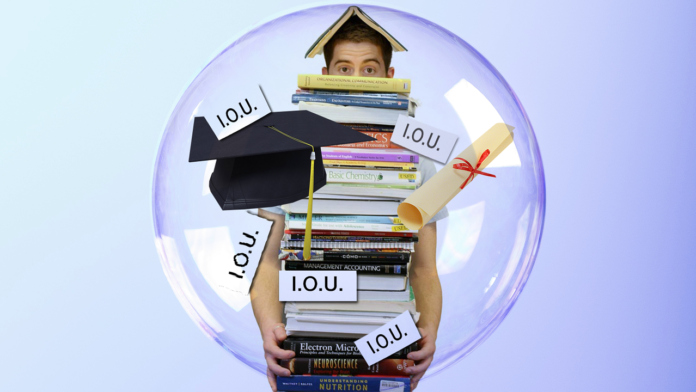 The government has announced its response to last year’s Augur review. The review proposes 53 measures and changes to the UK’s current post-18 education and funding system. The government publicised its reforms to the student loan scheme on Thursday, but they’ve quickly earned criticism.

To begin with, the income threshold for repayments has been reduced from £27,295 to £25,000 from April 2025 onwards. Furthermore, the repayment period is to extend over 40 instead of 30 years meaning that many graduates will be paying off their student debt into their 60s. The government is also looking at excluding students who fail Maths and English GCSE or score lower A-level grades from getting student loans altogether.

“This package of reforms will ensure students are being offered a range of different pathways, whether that is higher or further education, that lead to opportunities with the best outcomes – and put an end once for all to high interest rates on their student loans.”

Michelle Donelan, higher and further education minister, added that the Tory government was “delivering a fairer system for students, graduates and taxpayers as well as future-proofing the student finance system.”

Chair of the review, Sir Philip Augar, welcomed the reforms:  “The package … forms the basis of a properly connected further and higher education sector. That connection is long overdue.”

The government is hoping to stem the high cost of student loans. According to the Department of Education, the value of outstanding loans is now £161bn and is set to rise to approximately £500bn over the next 20 years.

Under existing rules, students repay 59p for every £1 borrowed which – with the reforms in place – the department estimates will now rise to 81p.

For students, the sweeping changes will mean a considerable financial burden. Whereas up until now, repayments only commenced as soon as graduates earned more than £27,295, they will now have to start paying the ‘stealth tax’ once they earn £25k.

In addition, the repayment period will now extend over 40 years. Under current rules, the student debt was written off after 30 years. With the extension of the repayment period by ten years,  many graduates will be paying off their student loans well into their 60s. For government calculations, this means that 52% of students will pay off their loans in full compared to 23% under the existing scheme.

To soften the blow, the government is slashing the interest rates for new borrowers to equal the rate of inflation which, experts believe will unfairly benefit graduates on higher incomes.

The government has ignored many of the recommendations of the Augar review. It had, for instance, called for the reintroduction of maintenance grants for pupils in disadvantaged communities which were abolished in 2016.

Speaking to The Mirror, General Secretary of the Association of School and College Leaders, Geoff Barton said:

“We cannot escape the conclusion that these reforms represent an attempt to save money by reducing the number of students who access higher education and extending the loan period to make sure that they pay back more.”

“The appeal to the Treasury is obvious but the hardest hit will once again be our most disadvantaged young people.”

One element of the government reforms of the student loan scheme has come in for a barrage of criticism namely the exclusion of pupils based on their academic performance.

Under today’s proposals, students who fail Maths and English may no longer be able to get student loans. Government data shows that in 2021, nearly a quarter of UK students didn’t get a Grade 4 in maths while almost 19% didn’t pass their English exam.

Reacting to the proposed changes, the chief executive of the organization Universities UK, Alistair Jarvis said the reforms threaten to “turn the clock back on progress made by universities to get more people from disadvantaged backgrounds into higher education and better jobs”, adding that reforms ought to “expand opportunity, not constrain it.”

Over the last decade, universities have worked hard to encourage pupils from disadvantaged areas to go to college increasing the participation rate from 18% in 2013 to 28% this year.