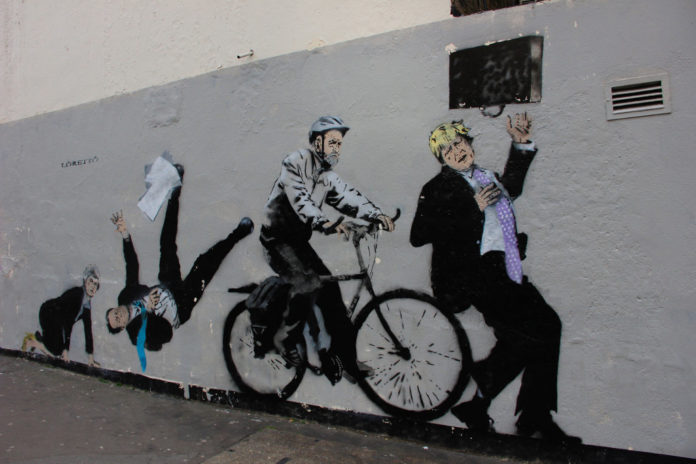 If you were expecting wonderful oration or campaign-altering sucker punches, you must have been disappointed. The much-anticipated leaders’ debate ended up a rather dull affair. Commentators expected the respective teams behind the two leaders to be glad to have avoided any major gaffs. A post-debate poll awarded Johnson a narrow victory. However, neither leader managed to put in a winning performance. Most analysts agree that last night’s showdown is unlikely to sway voters.

According to a Sky News report, Johnson and Corbyn spent hours and hours preparing for this debate and developing a strategy. Having watched the debate, it is now clear that both leaders’ teams were hell-bent on playing it safe rather than putting on a winning performance. Boris is well-known for his blunders, while Jeremy’s popularity has long been a worrying issue.

If avoiding gaffs was the intention both leaders are likely to be happy with the course of the debate.

Soon into the debate, it became clear how Johnson and Corbyn intended to set out their respective stalls. Boris was always going to keep hammering his ‘Get Brexit done’-mantra home, lacing it with the occasional jibe against Corbyn. For his part, Jeremy went into the leaders’ debate planning to put the NHS centre-stage. He did have a moment when waving a Freedom of Information Act document declaring that Boris did, indeed, plan on selling the NHS to the US as part of a UK-US trade deal.

Neither leader landed a blow, nor did they make any statement that would win opponents over. All in all, the supporters will be satisfied with their leaders’ performance, but neither party will find itself inundated with new supporters.

Glimmers of brilliance and minor hiccups

The leaders’ debate wasn’t all dull and boring. On a couple of occasions, it seems as if though the debate would ignite for real.

Corbyn slipped up when he got mixed up about the House of Commons vote on Boris’ Brexit deal saying the DUP had supported it when they didn’t.

The live studio audience sniggered at Boris when he replied to a question regarding the importance of telling the truth saying ‘Yes, I think it matters.’

He did succeed in pinning Corbyn to the ropes on Brexit a couple of times when Labour’s muddled Brexit approach became clear once again.

For his part, Corbyn probably could have made more of the Brexit/NHS moment. Waving a document obtained through the Freedom of Information Act suggesting that the NHS would be part of the UK-US trade deal negotiations, he failed to capitalise fully.

According to the Guardian, 6.7 million people tuned in to watch the leaders’ debate on ITV last night. Up until now, the public interest in the election has been lukewarm online as well as on TV. More debates are set to take place.

On the 22 November, all leaders of the main parties will take part in the BBC’s Question Time Leaders Question, while on 29 November the BBC will broadcast a live debate between the leaders of the Conservatives, Labour, Liberal Democrats, the SNP, Plaid Cymru, the Greens, and the Brexit Party.

Johnson and Corbyn will then meet for another head-to-head debate on the BBC on 6 December.