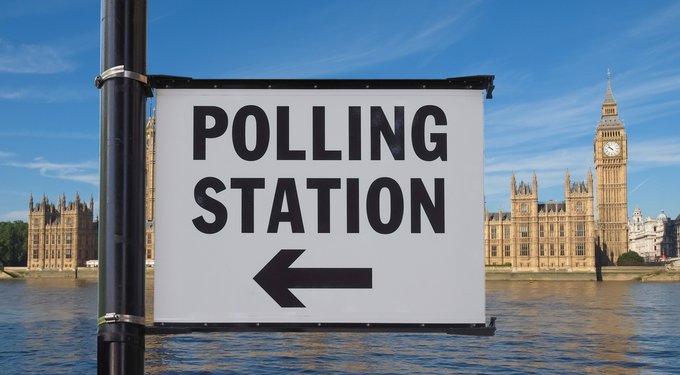 As voters head to the polls to cast their ballot in the local elections, the Prime Minister and opposition leader will be pitched against each other for the first time, halfway through the run of the current government. Parties have been managing expectations with a late YouGov poll suggesting losses for the Conservatives with not only Labour but also the Greens and Liberal Democrats picking up votes. While the cost of living crisis has dominated discussions on the doorsteps during the campaigns, partygate and beergate are likely to play a part. Some Tory candidates have openly distanced themselves from Johnson, pleading with voters not to punish them for the misdemeanours of their leader. Labour voters are quietly confident although a lingering fear that the public hasn’t warmed to Starmer remains. A poor turnout is on the cards too as commentators expect many Tory voters to stay home instead of going to the polls to vote for the opposition.

Local election results will fall back on party leaders

Although the popularity of local candidates and their stance on local issues will influence whom voters choose, the results are likely to represent an assessment of the performance of the party leaders. On the doorsteps, issues like the cost of living, climate issues, including Low Traffic Neighbourhood schemes in London, and the war in Ukraine featured.

If, as anticipated, the Tories suffer considerable losses in the local election, Boris Johnson’s internal opponents may use poor results as a reason to launch a new leadership challenge. For Starmer, who’s dropped the ‘Sir’ to increase his popularity, the elections are a test too, not least among Labour supporters many of whom have yet to warm to him. The Greens and Liberal Democrats are expecting to make gains and reduce the swing toward Labour. According to Patrick English, YouGov Associated Director, “Labour need to make serious gains and show strong progress in council elections if they aim to take power in Westminster at the next general election”.

The YouGov poll examined 16 key areas and the overall picture predicts a sizeable swing toward Labour even though the Conservative vote appears to be holding well in some areas.

According to Sky News, some analysts predict complex election gains for Labour whereby the party may gain countless seats without significantly increasing the number of councils they dominate.

When it comes to the sleaze factor, Keir Starmer’s calls for Boris Johnson to resign after being fined for breaking lockdown rules started sounding a little hollow following the beergate controversy. Pictures surfaced showing Starmer having a few beers at the end of April 2021 during the Hartlepool by-election campaign. The country was then under level two restrictions whereby socialising outside the household bubble was not permitted.  Starmer has insisted that he did not break any laws saying the pictures had been taken at a “work event”.

No police investigation has followed and Starmer has called on his detractors to stop mudslinging, but to his opponents, his actions only deepen the public’s distrust in politicians.

Beyond the local elections, Johnson and Starmer are both in trouble

If the face-offs in the House of Commons are anything to go by, it does not surprise that some people think the two leaders “hate each other.” The battles are bloody with Starmer’s intellect often overpowering Johnson. However, the PM is well capable of landing blows where it hurts. While Starmer has been playing the “lawyer vs liar” game rather well, Johnson’s charge that Starmer is nothing but a “permanent spectator” has heightened doubts about his readiness to take charge of the country.

Between partygate, potential local election losses, likely legal challenges to the Rwanda migrant scheme, and the High Court ruling on the discharge of elderly patients into nursing homes, the Tories are in for a tumultuous May. Whether, as Johnson maintains, he will remain “superglued” to the party leadership and indeed lead the Conservatives into the next general election is anyone’s guess. Poor results at the polls today would likely bolden his opponents with potential successors already appearing in many media reports.

After taking his position at the helm of the Labour party and shifting it markedly to the right, Starmer has steadied the ship and now appears comfortable. In recent weeks, he has indicated that Labour MPs who fail to express their “unshakeable support” for Nato may face expulsion. He also said that Jeremy Corby would find it “difficult” to have the whip restored, especially after his NATO comments. This stance is likely to further dissatisfy the left of the party. Among the centre-left contingent, many are satisfied with Starmer’s overall performance, although some consider his style as somewhat dull, even miserable.

Both leaders remain under pressure as neither of them appears capable of galvanising a serious section of the public.